The pallet is in 100% made of the recycled paper and is fully ecological. In the production of pallet the necessary elements are the base board of the cellular cardboard, spacer-bearing block and the cardboard flats which stabilise the spacer block.

The pallet is characterized by the following factors:

The machine, which combines the ready elements, is designed and produced by the HMP company and has a capacity of 500 pieces/h

The next element of the ecological pallet is the spacer block made of any amount of cellular cardboard plates which have the paper protection layer set diagonally where the edge of the protective layer on the side surface creates a visible spiral pattern. This method and design was reported to the Office of Harmonisation in the Internal Market on 2nd April 2008 and on 15th July 2008 and we were informed that the design had been registered as a community design for all the countries of the EU under the number: 000907704-001

The company has reported the design of the pallet on the cores to the Patent Office and on 11-12-2007 it received the protection certificate no. 63542. 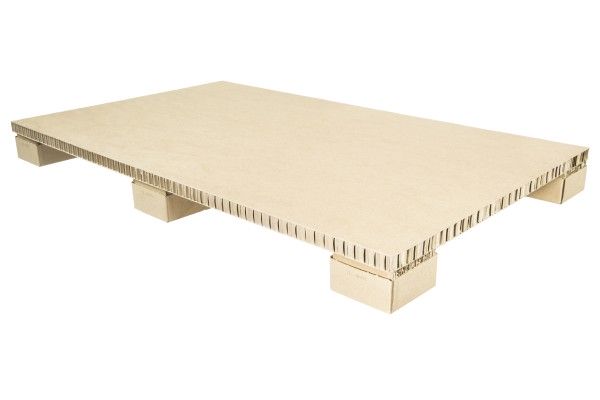 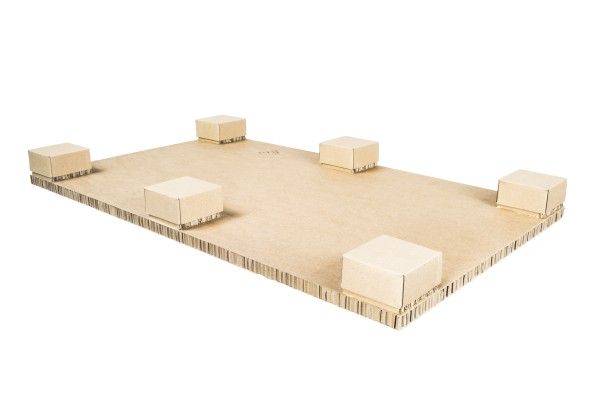 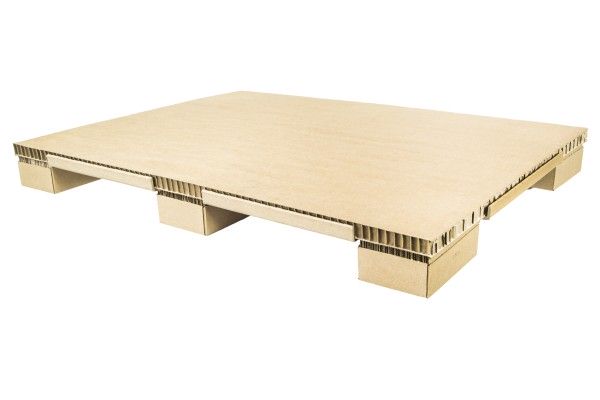 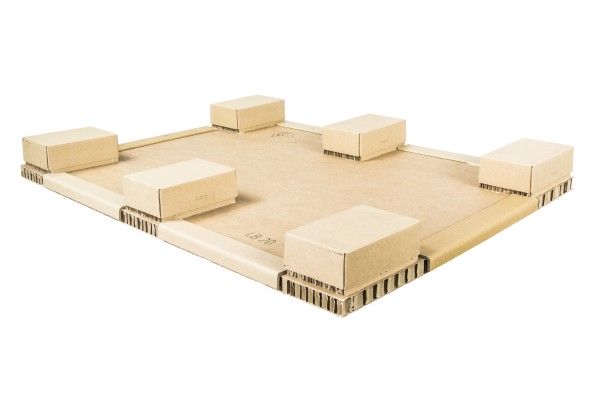 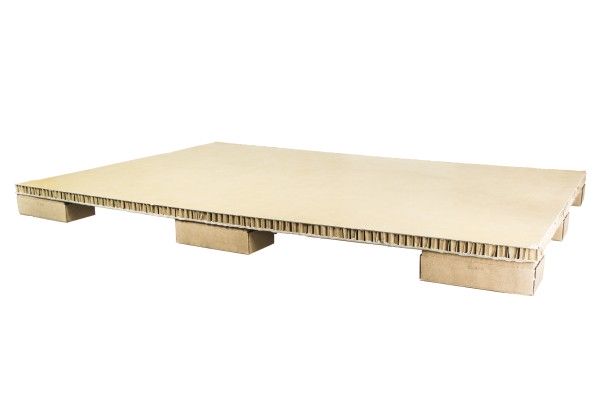 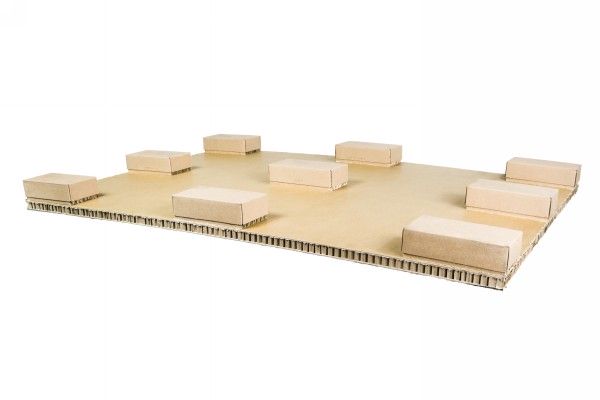 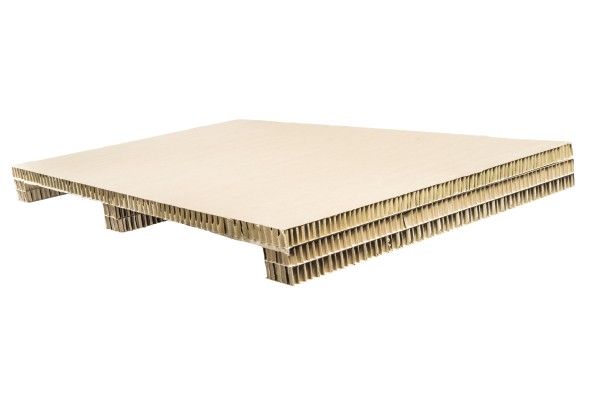 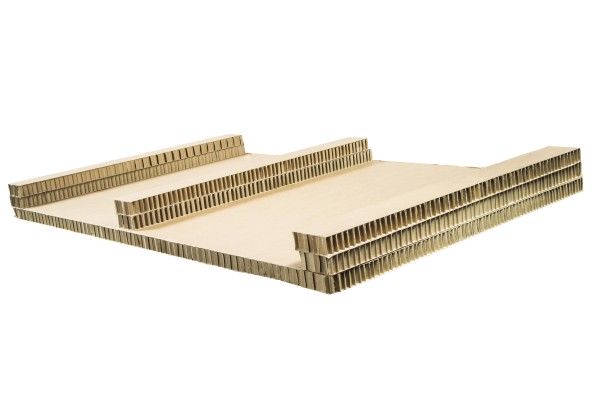 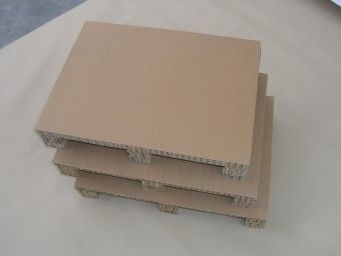 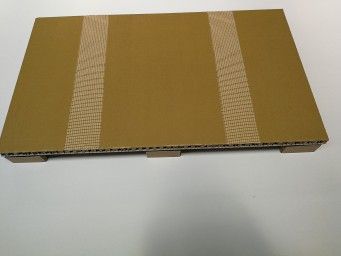 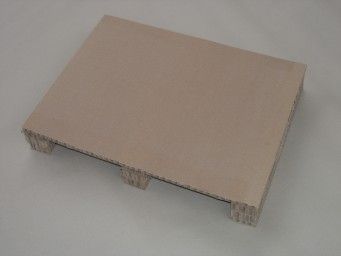 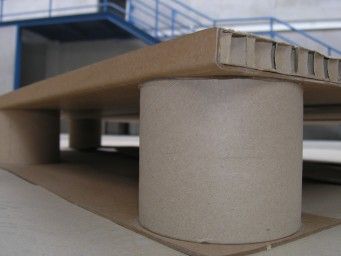 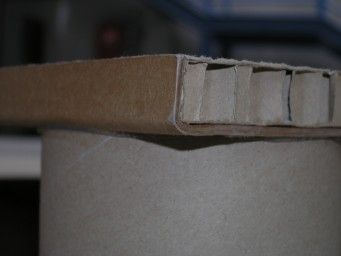 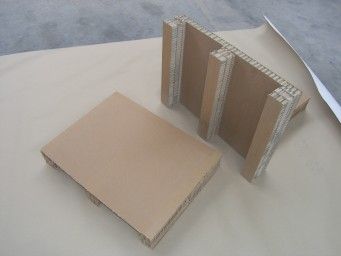 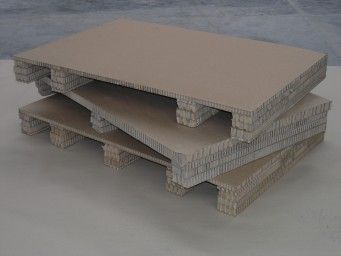 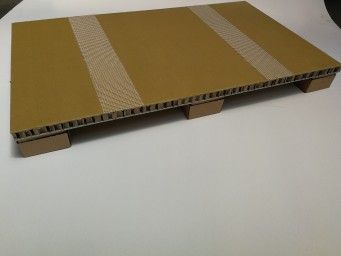 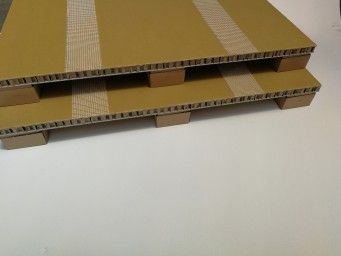 The advantages of our technology

Copyright © 2017 HMP made by Wirtualny Wizerunek